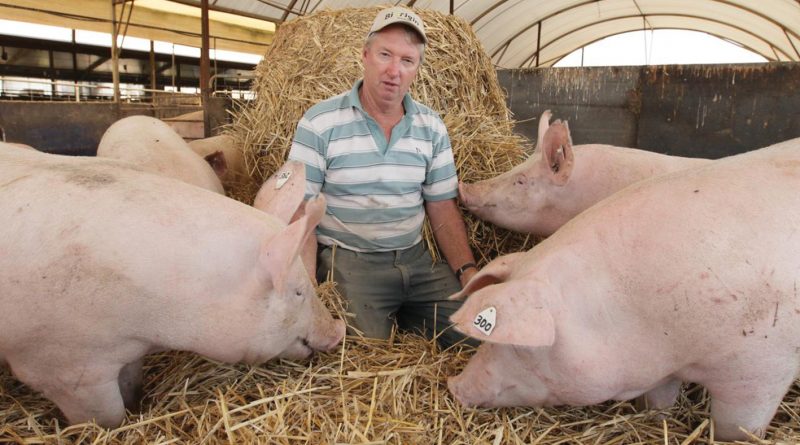 Stanhope Victorian based producer John Bourke is a well known identity in the Australian and Victorian pig industry.

He was President of the Victorian Farming Federation Pig Group for nine years as well as serving as an APL delegate.

Today he runs a 500 sow farrow to finish operation but realised that he needed to create greater efficiencies to enable better viability on his farm.

“Nothing has changed since I started running my own farm in 1980 – just the zeros on the deficit,” he said.

Now he is concentrating on improving the efficiency of his farming operations by investing in new farrowing shed.

He is an enthusiastic believer in utilising the best technology available to suit his purpose which he tells Pork
Journal is to achieve better performance from his genetics.

To do this he wants to take his weaning period out to 28 days because he believes that by doing that, he can achieve a better result from the Myora sourced genetics that will get his pigs to market weight faster, as well as having welfare benefits for his livestock.

Critical to has strategy is a new fully climate controlled farrowing shed with a strong emphasis on good ventilation.

Each of the rooms has a chimney that extracts stale air and draws fresh air from the cooling pads up through the attic to the vents in the false ceiling placed over the sow’s head which keeps the sows comfortable at all times without creating a draught for the piglets and help keep temperatures at an optimum level,” John explained.

To help in achieving John’s ventilation initiatives, he has enlisted the skills of Skiold which designed the interior of the building and his daughter Jorja, an architect who has just completed her Masters degree in her chosen profession, designed the building.

John revealed that his daughter has accumulated experience in designing public utility facilities where a number of design aspects, like good ventilation, are vital considerations.

“The ventilation vents over the sows have been designed in such a manner that achieves good air circulation without creating a draught over the piglets.

For pig housing, good ventilation is vital and by providing it, not only do the sows and their progeny benefit ultimately, so do consumers as better pig health leads to a reduction in the necessity to use anti microbials.

Other savings can be achieved in feed costs by better average daily weight gain and FCRs.

For climate controlled sheds and feed milling to work efficiently, energy use and its associated costs are critical considerations.

“Being able to stay on top of our energy bills became a vital consideration in our overall plans to improve efficiency and ultimately the viability of our farming enterprise,” John said.

A pig farming operation creates a lot of waste but by entering into an agreement with a renewable energy company, Delorean Energy, we have been able to use that waste to generate the power and heat needed for effective shed climate control.

“We will use heat pads with hot water generated by power from the waste digestors that Delorean is constructing on our property through a mutually beneficial lease arrangement.

“Delorean Corporation is proud to be the only ASX-listed company leading with bioenergy and commercial production of renewable gas in the form of biomethane,” states the company website.

“We are a vertically integrated business operating in two of Australia’s highest growth industries – renewable energy and waste management,” a company statement reveals.

“The process of anaerobic digestion diverts organic waste from landfill and utilises it for the production of clean energy.

“Our business has a significant pipeline of bioenergy projects in construction and under development.”

Delorean Corporation group began in 2014 with its Engineering Division, which was established as an engineering, procurement, and construction (EPC) contractor to build bioenergy plants in Australia and NZ. The company then established a division to retail energy for its completed projects.

This Energy Retail Division has licences in both the Wholesale Electricity Market (WEM) and the National Electric Market (NEM).

To complete the model, Delorean’s Infrastructure Division was created to develop and manage company owned bioenergy assets. This division reflects the strategic shift to in house development, construction, ownership and monetisation of renewable energy assets.

The company has the inhouse capability to deliver bioenergy projects across the full lifecycle, from project conception to completion.

This bioenergy plant is 90% Delorean Corporation owned. FID was secured in May 2021 and the project has now progressed into the construction phase.

In Stage 1, the project will process up to 40,000 tonnes per annum of organic and agricultural waste streams for the generation of 1.2MW baseload renewable electricity exported to the grid. In Stage 2 (future expansion), there is the potential for extension to 71,000 tonnes per annum.

Victoria Two Project will process 50,000 tonnes of organic waste per annum, providing 2.0MW capacity bioenergy generation to the grid and behind the meter.

The project is co-funded by Sustainability Victoria. This project is currently under development and is expected to be ready for FID in late 2022.

These are, energy costs, better animal health/welfare and to reduce anti microbial use while extracting more from the farm’s genetic potential.

Reducing the period from weaning to market weight obviously reduces feed and other costs.

To achieve these desirable aims will require not only ingenuity and energy, but considerable investment.

However, for a man who has spent a working life in the industry he has grabbed the opportunity to turn deficit into profit.

Pork Journal looks forward to reporting on the completed enterprise which deserves success. 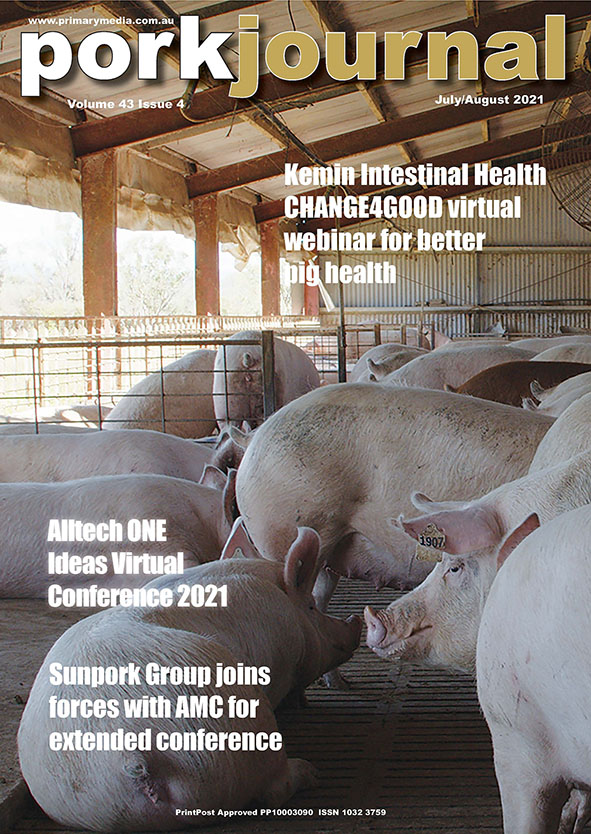 By Peter Bedwell During April, a delegation from Australia visited the headquarters of SKOV in Glyngore, Denmark. SKOV’s Sales Manager

By Peter Bedwell During April, a delegation from Australia visited the headquarters of SKOV in Glyngore, Denmark. SKOV’s Sales Manager